Now each one of us needs a reliable software for creating backups and restoring data. Creating a new backup process is very simple as long as you follow the program menu: First, you choose the kind of backup you want to make between file backup, system backup, disk/partition backup, and synchronization between two folders. AOMEI Backupper creates a compressed backup file of his or her own compressed backup file, and if you do not have a compressed file/image sync, it simply copies the files. 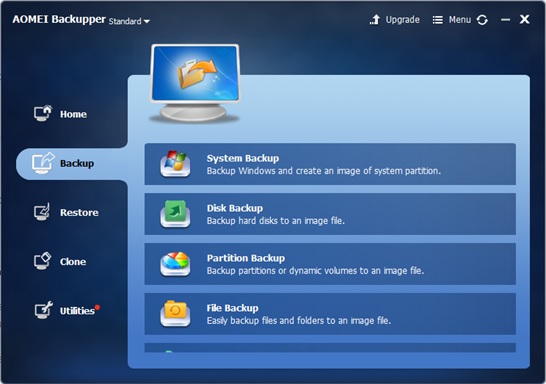 The AOMEI Backupper is the best free backup software that can support a disk or its individual partitions and the operating system with the installed applications, all files, and system settings. AOMEI Backupper allows you to clone the disk, selectively restore the necessary data and create a floppy disk or flash drive. The software is able to unleash the selected image in the form of a virtual disk. Aomei Backupper supports backup of internal drives, external hard drives, flash drives, and other data storage devices that are connected to the computer.

AOMEI Backupper is the top free backup & restore software within friendly GUI. It is also a powerful cloning software that protects your data security from disaster for PCs and Laptops. It can help users to make an event-triggered scheduling backup, back up windows 10 to external hard drive, universal restore, command line utility, real-time file sync, etc.

AOMEI Backupper Pro is affordable when compared to similar solutions. This is especially prominent in comparison to cloud backup services which feature subscription-based plans. For $49.95, you can buy the software and keep it on your computer forever. This means that you’ll make sure to have a viable backup/restore solution at any moment, on a single computer.

PROS: Suitable for inexperienced users; Nicely designed UI (a bit outdated though); A complete set of features; Support backing up, restoring, and cloning. 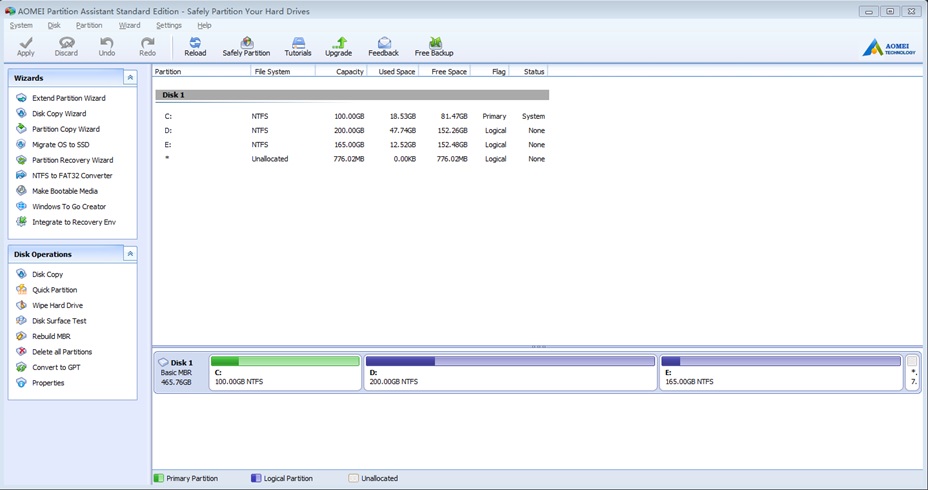 There is much to enjoy about AOMEI Partition Assistant:

Now, this software has seven editions for the users to choose: Free, Professional, Lite, Technician, Server, Unlimited and Edition Comparison. And this version of AOMEI Partition Assistant has been updated to 7.5 now.

What had to change for the latest version 7.5 here?