Several years ago only die-hard gaming enthusiasts even heard about 4K gaming, talk about trying it out. Full HD monitors and hardware were so expensive that there was no way for a regular gamer to try it out. Luckily, gaming is constantly evolving, and what has been such a rare practice before, now is a regular activity.

Now, 4K gaming has been more affordable than ever and looking at its growth dynamics, it’s obvious that this tendency will continue. Still, 4K gaming requires a lot of preparation because you will need to push your PC to the top of its abilities. Good news is, now it’s much cheaper than before.

How to start preparing for 4K gaming?

You need to boost your PC and display. Be prepared to spend a couple of thousands of bucks on these upgrades – a graphics card alone requires at least $700 dollars. However, don’t let these numbers bring you down too much. In the end, you’ll have not just spectacular gameplay, but truly the most immersing real-life-like gaming experience that you ever had.

Step #1 – To buy a powerful monitor

Even though the price range for 4K monitors still stands no positive comparison with 1080 or 1400p, the prices have become much better lately. Now you can acquire an Ultra display (the most high-quality category on the market) for $1000 bucks – although you’d have to look for such an offer. An average deal will cost somewhere around $1500.

Now that we ‘ve covered the most pressing price question, let’s move on to technical specs. The first thing you want to remember is to never save the money on the size of a display. All decent 4K models start at least from the width of 27-28 inches. If you will save money and buy a smaller monitor, you will have to manually change the size of the image to keep the correct proportion or enjoy a cramped visual instead.

The cheapest decently-sized 4K monitors cost around $400-500. If you look on Amazon, you can find a great $300 deal but for that, you keep to constantly keep track of the latest offers. The cheapest models on the market are produced by LG, Dell, and AOC.

Additional requirement: buy a monitor with enabled FreeSync. This technology eliminates graphic imperfections and smoothly synchronized the refresh rates. Keeping rates balanced is very important because even the best gprahics cards have trouble to process 50-60 high-quality frames per second.

FreeSync technology also has a competitor, called G-Sync. This one is more expensive and requires a special module. Because of this, they tend to cost more  – but the higher price is compensated with additional features. So, if you have an unlimited budget, go for G-Sync since it provides richer customization opportunities. If you are looking for a cheaper option instead, opt for FreeSync.

The difference between 1080p vs 1400p is already huge (if you’ve done the upgrade, you know what we are talking about). However, it’s nothing compared to the difference between ordinary HD and 4K. The reason is simple, the 4K monitor is your typical 1080 high-definition, only multiplied by four. A 4K visual has four times as many pixels to process and you’ll need the most rapid GPU, available on the market, to turn that kind of challenge into a smooth gaming experience. 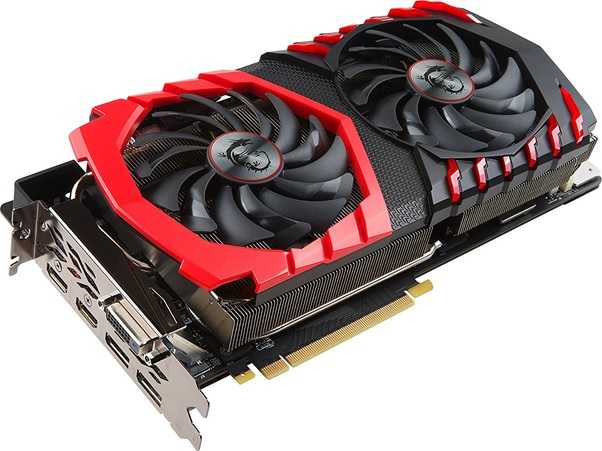 Several years ago, all 4K gamers had to choose between Nvidia Titan X and AMD Fury X – those were the most powerful GPUs on the market. However, now several new models have been introduced to the market such as Radeon RX Vega 56 or GeForce GTX 1070. With the growing popularity of 4K gaming, now we can enjoy much superior GPU’s quality for a much smaller price. However, note that these economic models have basic processing capacities and suit well for beginners.

If you are looking for a really premium experience, take a look into GeForce later models (the cost varies between $400-500). These cards, while being quite cheap, manage to deliver a 45 fps – although it’s nowhere near a desirable 60 fps performance.

To truly take the most out of the game, consider expensive cards, capable of processing 60 fps. Classical options are GeForce GTV 1080 Ti and GTX 1080 These deals also come along with the bunch of rich customization settings, long-term warranty, and stellar technical support.

Ironically, better visual quality does not always mean a better game experience. The main reason why a lot of die-hard gamers prefer to stick to 1080p instead of switching to a higher-quality 4K is that even if the visual is better, the entire product’s quality starts suffering.

The hardware can’t keep up

4K games, as we already discussed, has four times more pixels than its 1080 alternative. However, consoles don’t have four times the power to handle such an upgrade. Even if you upgrade your PS4 to PS4 Pro, it will not be four times more powerful. 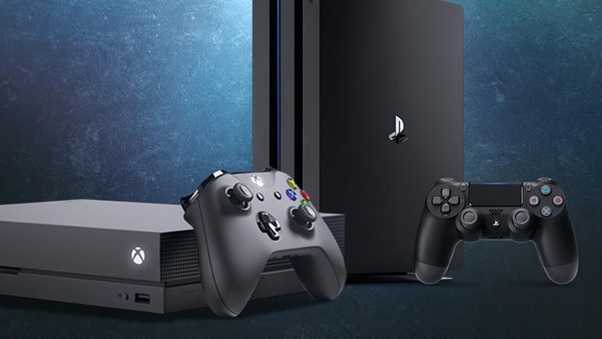 To function to its fullest capacity, an average 4K game requires 7.4 Teraflops per second. PS4 Pro, one of the most powerful consoles on the market, can only stretch to 4.2 Tflops per second. Xbox One, which was claimed to correspond to all standards of 4K gaming. can handle no more than 6 Tflops. Hence, even if the console is promoted to be perfectly adapted to 4K standards, it is hardly the case now.

To solve the situation, developers have to find a creative way out of the situation. The simplest one is rendering only 50% of all pixels (whereas a full 4K experience requires developers to multiply the number by four). The gaps are then filled with temporal reconstruction – a method that analyzes the visuals determines the missing parts and adds the missing pixels. 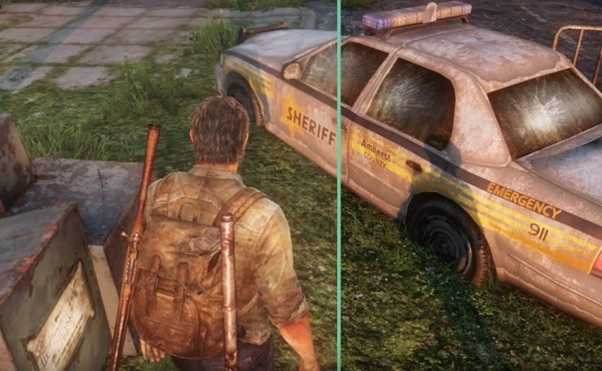 Sumo Digital, another development studio, starts implementing 4K at the earliest stages of development instead of dealing with two-times quality jump first. However, this results in a high-quality gaming product which is difficult to handle for any professional gaming hardware. It’s not an impossible mission but it really requires your computer and displays to be on top of their abilities.

What do these technical restrictions mean for gamers?

For one thing, you don’t always get what you wanted. The visual will undoubtedly be of very high quality but the speed and functionality of the product will suffer in comparison to 1080 or 1400p alternatives. But don’t get scared so fast – these are frequent risks but they don’t represent the majority of the cases.

Another risk is that you are now forced to take extra care of your hardware. 4K gaming requires regular updates, computer part substitutions, and system updates. To keep a game running at its top speed, you must ensure first that the entire OS keeps up with the pace.

For non-meticulous PC users, this amount of work will be a burden. Unfortunately, this can hardly be helped – you will have to tend to the needs of your gaming equipment more regularly than before. If that’s a dealbreaker for you, consider sticking to 1400p instead.

Lastly, the price factor is a huge turn-off for a lot of gamers. Even though the difference between 4K and 1400p gaming is obvious, the difference in equipment prices is much more obvious. If you are invested in gaming as your main passion, cashing out for the premium experience makes sense.

Switching to 4K gaming is not a one-time decision but a process. Everything starts with picking suitable hardware – a powerful PC, monitor, and a premium graphics card. In the process, you need to review the state of your motherboard and the conditions of the entire OS.

4K gaming is still quite expensive but nevertheless, it’s gotten much cheaper over the last five years. Now users are presented with an entire market of 4K technology – although it’s fair to admit that even premium hardware is not fully adapted to the complexity of 4K (but it’s coming fairly close).

Is it worth it? Shortly, yes. 4K gaming and 1400p experience seem similar to beginners but a gaming pro will spot the difference right away. So, if you already have gotten to the point where you can easily distinguish between the two, it’s safe to say that considering a 4K upgrade is definitely a good idea.