> Home » Single band vs Dual Band Wi-Fi Router! Which one is best?

Before knowing the difference between a single band and dual band read the last post “how to choose the best Wi-Fi for home”. This will help you a lot to decide which router is best for your home and office. This post will bring you information about which router you should choose from the single band and Dual-band. enjoy the post about wifi technology and see the difference between Single band vs Dual Band WiFi Router: Which one Best?

Single-band vs Dual Band Wi-Fi Router: Which one is best?

Do you always wait to load a website or buffing while watching UHD and HD videos because of slow internet speed?  You may compromise with video quality when watching YouTube videos because your single-band Wi-Fi router doesn’t allow you to watch HD videos without buffering.

Don’t worry after reading this post you will get a stronger reason to replace your old single-band Wi-Fi router with the latest high-speed dual-band router.

As the smartphone user increasing very fast, therefore, the demand for internet speed also increasing. To deliver high-speed internet over Wi-Fi you must understand the differences between single band Wireless router, Dual-band, and tri-band Wi-Fi routers. Whenever you think to see live video streaming with UHD and HD quality then your single-band always gives your buffering but the dual-band will give you buffer-free video without reducing quality.

So as Multi-lane is always better for higher speed,  the same dual-band gives you higher speed and network switching option than the single band. 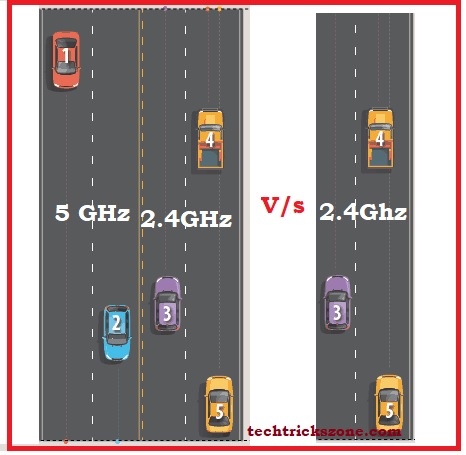 As seen above image dual lane road running car both lane. same with dual-band 2  Simultaneously running 2.4Ghz and 5.8GHz two bands to double the speed than the single band.

How to identify Single band or Dual Band Wi-Fi Routers.

Did you confuse when seeing any Wi-Fi router with more than 2 antennae? You may always doubtful when you hear the single-band and dual-band wireless router.

In this post, you will get all clarification about BGN vs ABGN and Single Antenna vs dual-antenna Wi-Fi router, Single channel band vs Dual channel band.

To identify a Wi-Fi router, Laptop and Mobile Phone Wi-Fi is the single band or Dual band is quite easy. Just follow the steps given below to quickly know.

Method1: How to know physically WiFi router is the Single band or Dual band

to physically identify whether the router is the single band or dual band sees the external antenna of routers.

If the Router having 4 or more antenna it means it is a Dual band or Tri-band Wi-Fi router.

Now the question is how to know the WiFi router is Dual band or single band if it has the internal antenna.

Method2: How to check Access Point is the single band or dual if no external Antenna.

If a Wi-Fi router or Wi-Fi access point having an internal antenna then it cannot identify physical. So to check the router band you need a wireless analyzer tool or you can access the device and see in the web interface. But the important thing is identifying from tools your Laptop or mobile should have Dual-band Wi-Fi.

If you don’t have a dual-band WiFi Laptop or Mobile phone then you can use a dual-band wireless adapter which is connected to the USB port and your single-band Laptop turn into a Dual band.

Method3: How to check WiFi is dual-band or single from the web interface.

If   Wireless setting only 2.4 GHz then its single band 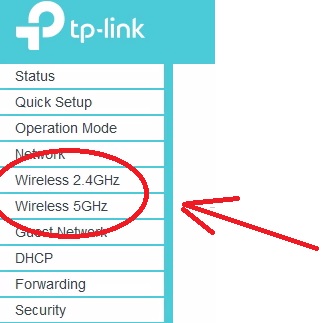 After identification of router bands now question Which one is best? Single band vs dual-band Wi-Fi Router.

When you know about the single band and dual band technology then you can select the best one according to your work and needs.

Which is showing support standard as per technology discover?

BGN = firs B technology comes than G and now the N technology we are using which is also called MiMO (Multi in Multi-Out) technology.

In ABGN= BGN is for 2.4 G with MIMO and A stands for 5 GHz Frequency Band.

Dual Band Speed limit is 300Mbps in 2.4 GHz and up to 900Mbps on 802.11ac stander newly discovered technology. (Speed can increase Depends on the Router model and Brands)

If it’s a Tri-band Wi-Fi router it can go up 7200Mbps wireless speed. It means wireless beyond the thinking where the single band cannot stand longer.

2.4 GHz Signal band Antenna comes with 1 antenna or 2 Antenna. Which can be used for a small home.

Dual Band Access Point having 2 Antenna or 2.4Ghz and 2 Antenna for 5 GHz which automatically increase the signal coverage and best Wi-Fi router for the large house. So Dual band always is the router with the best range as well as high speed.

As the single frequency band Access point only has 2.4 GHz and nowadays 2.4Ghz already having congestion. Using multiple single bands may give you slow network switching (roaming) due to heavy interference.

Dual-band Wi-Fi router having 2 bands itself and smartphone having the mechanism to auto choose the best network first. If 2.4Ghz having faster the 5 GHz it will be connected auto. it does dual band router switch automatically for faster roaming and seamless network connectivity.

Which one is best for Gaming from the Single band or Dual Band?

Are you a game lover and love to play 3d games that required high internet speed? Dual player game on the wireless network required good speed to play faster and smoother. So which is the best router for gaming? obviously dual band always best for gaming and better than single band wifi

Single band vs Dual Band WiFi Router: Which one Best

Finally, it’s clear that Dual band is always better than the single band as it provides high speed and better coverage. Dual channel always gives you stable connectivity than a single band. You also get the option to switch faster roaming during multiple wireless networks. so go with the latest technology toward the future as the single-band having the limitation of speed and interference. hope this post “Single band vs Dual Band WiFi Router: Which one Best” helps you to select the best WiFi router for gaming and Videos faster than before.

So why compromise video quality from UHD to SD when dual-band gives you a buffer-free live streaming without compromising quality. So don’t think just choose the dual-band router toward the next step of technology.