> Home » What is HDTC, HDTS CAMRIP, DVDRIP, HDTV, and other Release Type?

What is HDTC and HDTS in movie release and which one is better among HDTC, Camrip, HDTS, Xvid, Webrip, and other releases?

What is HDTC, HDTS CAMRIP, DVDRIP, HDTV, and other Release Type?

There are various services offering movie streaming. Whenever you stream a movie, you will be able to find several acronyms of movie quality. Have you ever thought, what do they actually mean? Let us know about those acronyms.

What are the different movie release types? 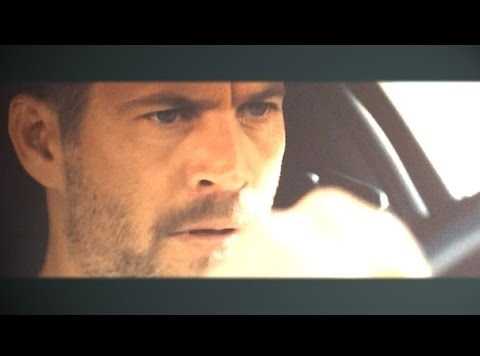 If you are watching a movie and suddenly the audience appears in between then, that is CAM quality film. CAM is a theater rip that is usually done with the help of a digital video camera. A few times they make use of a tripod, but most of the time they do it manually due to which the camera is shaking a lot. The film is taken from such an angle that some part of the screen is chopped off and even the audio is not clear as it is directly recorded with the microphone of the camera. Due to these reasons, the picture and sound quality are usually poor.

Telesync is similar to CAM. The only difference is that TS is filmed in different conditions than CAM. Telesync makes use of an external source of audio such as an audio jack. Even after making use of an external audio source, it cannot ensure audio is of good quality. TS is filmed from the projection booth or in an empty cinema with the help of a professional camera, and due to this reason, it possesses a better picture quality than CAM.

This format is produced with the help of a digital machine. There is a telecine machine that does the work of copying the film digitally from the reels. The sound and picture quality are very good. Telecine requires a telecine machine, and due to the requirement of equipment and the cost involved for it, telecines have become uncommon. Usually, the film is in perfect aspect ratio. Sometimes there may be a visible counter on the screen during the entire film.

It is a pre VHS tape that is sent to the rental stores and several other places for promotion. The main problem in print is a message that keeps on scrolling at the bottom of the screen with the anti-copy telephone number and the copyright. If there are any serial numbers in the tape, then they will be covered with a black mark in that particular section. In some of the tapes it is only for a few seconds, but in some tapes, the black mark could last for the entire film. The quality of the film can be very poor if it has been done with an old VHS recorder and it can be excellent if it has been done from a MASTER copy. Most of the screeners have been transferred to VCD, but there are a few attempts made to transfer it to SVCD.

It uses the same premise as a Screener, but it has been transferred to a DVD. In the film, the message scrolling at the bottom would not be coming in black marks, and it would not disrupt your viewing. The DVDscr will be of very good quality if the ripper has good skills. It is usually transferred to SVCD.

Digital Distribution Copy (DDC) is somewhat rare to find. It is same as a Screener, but it is sent or downloaded digitally, especially to companies like video clubs instead of sent via a postal system. Due to this reason, the distribution gets cheaper. The quality is better than a CAM or a Telesync Copy, but it is lower than R5.

For the last 6 months, most of the movie studios have been releasing retail DVDs. The main aim of releasing retail DVDs is to stop piracy. There had been a lot of spreading of pirated Telecines. The main difference between Telecines and R5 is that R5’s are released by making use of professional studio and professional equipment. The quality of R5 retail is similar to the quality of DVDScr.

The copy of the final DVD that is released in the market is the DVDRip, or we can say Blu-Ray Rip. This is usually released before the retail, and it possesses excellent quality. You will be able to find the DVDRips being released in SVCD format or the newer HEVC codec formats.

To understand HDTS you must know about TS (Telesync) format which is described in the TS option. To make it easier will explain what does HD ts mean? The Simple answer is HD means High definition and TS means Telesync. So HDTS is an upgraded version of TS. HDTS quality is always better than a normal TS quality.

It has been captured from a TV telecast mostly by making use of an analog capture card.

Digital Satellite Rip is also known as SATRip or DTH. It has been captured from a non-standard digital source such as a satellite.

It stands for films that have been captured from an HD television. The quality of the movie is sometimes even better than DVDRip. Movies in this format are becoming popular nowadays. The main disadvantage of this format is that sometimes there is some advertisement which can be seen while playback but it can’t be off.